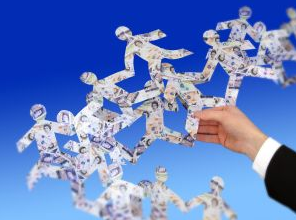 Should companies use Twitter in favour of LinkedIn for international recruitment?

The number one social media network for recruiters is LinkedIn. Twitter is well behind LinkedIn in terms of recruitment, but is a shift about to occur? A global report of the market shows that Twitter followers are three times more likely to respond to job offers than through LinkedIn.

The report from Bullhorn, a web-based recruitment software developer, shows Twitter is significantly better for recruiting candidates. The application rate via Twitter is three times higher than LinkedIn. Job seekers are showing more willingness to apply through Twitter rather than LinkedIn. The global report on the social media activities of 35,000 recruiters also found Facebook is not able to compete with the response rates of Twitter.

Bullhorn Australia-Pacific sales director, Ben Fuller, told iTWire.com, Australians are among the world’s top users of social media, and “its clear from the report that Twitter is where recruiters and job seekers should be spending more of their time.”

The study found that nearly half (48%) of online recruiters only use LinkedIn to find new candidates. LinkedIn and Twitter are used by 19%, and 21% of recruiters use the three most popular social media platforms: LinkedIn, Twitter and Facebook.

How does this relate to expats?

According to the HSBC Expat Explorer survey, LinkedIn is (after Facebook) the second most popular social network platform with 40% of expats using it. Twitter comes third with 14% of expats using this medium. Therefore, it seems that LinkedIn remains the most efficient platform for international recruiters. The high popularity and the volume of job views make LinkedIn a valuable medium.

According to this data, Facebook appears to be the least effective channel through which to find candidates, even though it is the largest and most popular social media platform worldwide. The HSBC Expat Explorer survey concludes that Facebook is mostly used by expats to keep in touch with family and friends. This relates to the outcomes of the report by Bullhorn, that Facebook is just not that suited to recruiting.

Fuller added, savvy recruiters have the potential to increase hiring rates, reduce sourcing costs and shorten time taken to fill openings via social recruiting. Twitter may be the most powerful platform in terms of return of investment.

“Twitter is still an emerging platform for recruiters. Those that aim to assertively grow their followers to take full advantage of its potential will see results for both customers and candidates. This does not mean it is time to leave LinkedIn as an online recruiting platform,” said Fuller.