Family less likely to accompany expats in the future 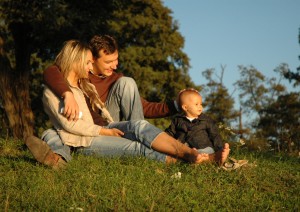 Expat families, a typical occurrence these days. Mum or dad goes abroad for work and the entire family joins them. A new life together in a foreign country. Family is important, and it is no surprise that very often family is a major factor when deciding whether to accept an overseas assignment. According to a recent study by Cartus, 76% of the cases in which employees turn down an overseas assignment, it is because of their families or personal circumstances.

However, more and more employers do not encourage family to accompany the expat when they are moving abroad. In 2012, 90% of the employers that responded to Cartus’s survey, agreed with the expatriate’s family accompanying him or her to the new destination. Two years later, the percentage has dropped by 14% to only 76% of the employers that prefer an expat’s family to accompany them abroad. This means almost a quarter of all employers would rather see the expat leaving their family behind. The reason for this is money.

Expat workers move where the jobs are, unfortunately this often means expensive cities – good examples are London, Tokyo and New York. These are all economic hotspots, but their business advantages literally, come with a price tag. As in many cases, the employer pays for the expat’s accommodation and other relocation services, it is quite logical that they would prefer to be responsible for one person only. After all, the costs for a family home are many times higher than those for a one-bedroom flat.

The same study points out that 75% of respondents (global mobility managers) say that cost control is the largest global mobility challenge for their companies in the future. Most likely, more companies will reduce or stop their financial support towards expat families over the next years.

In addition to the high costs of expat families, there is a second reason why many companies no longer want to support the entire family on an overseas assignment. The Cartus report suggests that these days, many expats work on assignments in emerging markets, such as the BRICS countries (Brazil, Russia, India, China and South Africa), which often are less safe than their home countries. Therefore, they might not suit a family as their security cannot be guaranteed.

Even when the country is safe, the education and health systems still might not be as good as at home. The spoken language and cultural differences may be difficult, and 61% of the assignments that fail, do so because the family struggles with adapting to the host country.

Overall, the emerging markets are not the best places for Western families to live. But it would not be ideal to split the family by moving abroad alone either. The situation might get difficult for the expat and the delivery of the assignment might be of less quality.