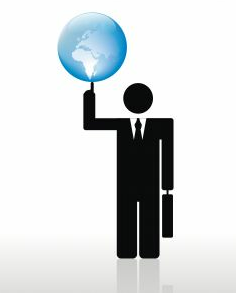 Skill-shortages and a slow down in hiring means international recruiters are facing a tough time.

A fall in hiring has impacted global recruitment firms. Dividends are static and short interest is on the rise, especially amongst Internet specialist recruiters. Unemployment in the U.S. has stayed above eight percent since 2009 and fewer jobs than anticipated were added in the last four months, according to U.S. Labour Department figures. Bloomberg reports the world’s biggest economy is expanding at its slowest post-recession rate in 60 years.

In the Eurozone the economic crisis continues to rage. Unemployment was at an all-time high in Spain earlier this year at 24.4 percent. While a surge in employment growth in the UK early this year has faded away rapidly. Survey data from Markit Economics showed that staff placements by recruitment consultants and agency billings from temp staff work in the UK fell in June at the fastest pace for three years.

It seems these trends look set to continue. A Markit Economics global survey of 11,000 companies in June showed hiring intentions had fallen since earlier this year. This comes as companies are revising their business growth plans in the face of continued economic uncertainties.

According to a study by McKinsey Global Institute (MGI), current population trends and labour and education demand are already indicating the global economy could be facing an acute skills shortage. The world could be faced with too few medium-to-highly skilled workers and too many low-skilled workers.

On the other hand the pool of low-skilled workers looks set to increase. Potentially creating a surplus of 90-95 million workers in the global economy by 2020.

“Demand for high-skilled labour is now growing faster than supply, while demand for low-skilled labour remains weak,” MGI argues, noting that the phenomenon is especially prevalent in advanced economies.