Is there a “typical” expatriate? 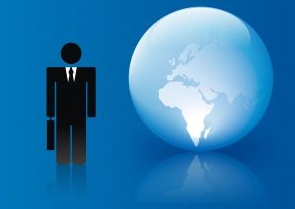 The social structure among expats has changed over the last decades.

The second decade of this century is more than ever before dominated by international markets and globalisation. The time when the image of going abroad was connected to 18 year old secondary school graduates backpacking Down Under seems to be outdated. Of course they still exist, but working abroad in 2012 has reached another level. It is a long-ranging matter and a huge proportion of expats are highly educated. The transformation still hasn’t come to an end and the demographic composition is undergoing continuous changes.

The annual study, Global Professionals on the Move by the Hydrogen Group, tries to figure out changing trends among expats. It is important to mention that it targets only expats with a higher level of education, so nearly all participants (99%) had at least a bachelor’s degree, two thirds had a masters or higher.

Working abroad is not only, not even mainly, a phenomenon among young people. More than 80% of the men participating in the study were older than 30, about one fifth was over 50 years old. Looking for an explanation, the duration of the stay could be a possible answer. Nearly one half of the targeted expats has been abroad for five years or longer. Moreover, many of them plan on applying for permanent residency in the country they are staying.

So even if they moved country when they were younger, many expats are working outside their home countries for a long time, sometimes their whole lives. This finding is corroborated by 90% of the participants stating that they would recommend the experience and could imagine staying after their initial contract ends.

Women paint a slightly different picture. More than one third of those working abroad were 30 years or younger. Many of them tried to take the opportunity before having children.

When it comes to favorite expat destinations the last years have brought along changes as well. “People now need to go where the revenue is,” Dan Church, client services director at Hydrogen says. Though the classical English speaking countries like the USA, the UK or Australia were still leading, they lost percentage points compared to their score 12 months ago.

Many African countries, as well as Singapore and Vietnam, were among the biggest winners in 2012. Especially for the USA, and also for Australia, difficulties concerning visas and permits are often put forward as a reason for not choosing that country.

Observing the findings above it seems that working abroad is more than just a good impression on your CV and a short adventure. For many people it is an actual chance to boost their career in a way they can’t in their home country and their stay often exceeds a few years. At the same time the countries coming into consideration seem to be boundless.